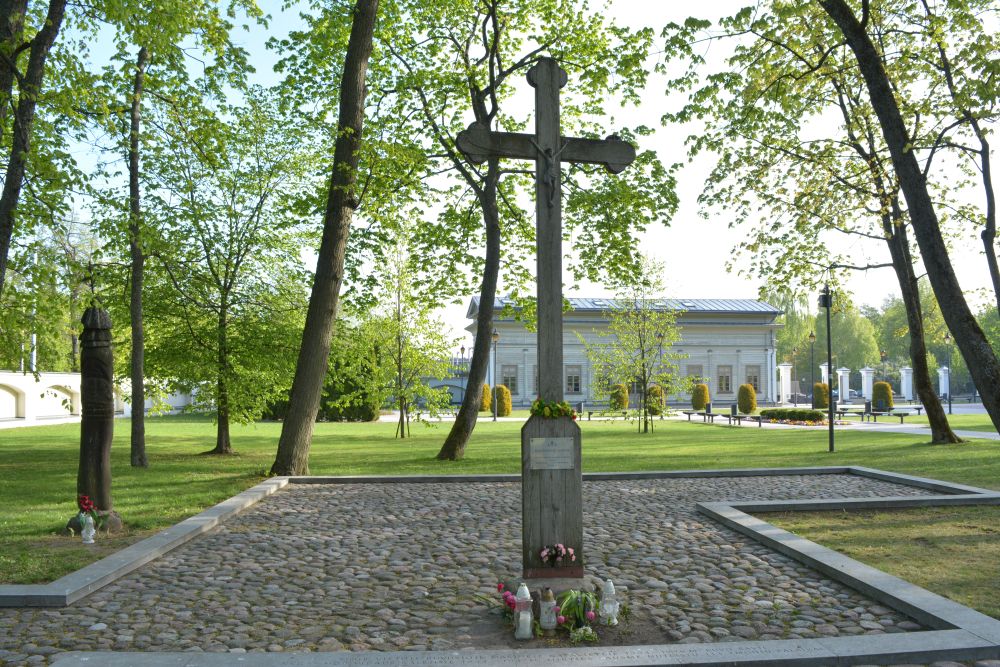 From 28 September 1944 to 16 April 1947, 774 persons were sentenced to death by the USSR military tribunals and special council and executed in the NKGB (MGB) prison in Vilnius (Aukų g. 2A) (seven of them died in prison before the death penalty was implemented).

Most of them (613) were imprisoned and sentenced under the Article 58 of the RSFSR Penal Code – “Treason of the Motherland”. A special group of the NKGB (MGB) Division A officers, who carried out the executions, would secretly bury the victims in mass graves on the territory of the former manor in Tuskulėnai. Pits were dug beforehand; some of them were used multiple times. In such cases after the victims’ bodies had been thrown in, they were covered with lime, diesel fuel and a layer of tar paper; the victims of later executions were thrown on top.

The territory served as a mass grave until the spring of 1947. The 26 May 1947 decree issued by the Supreme Council of the USSR commuted capital punishment to twenty-five years of imprisonment; in 1950 the death penalty was restored.

The list of the buried in mass graves in Tuskulėnai includes participants in the armed and unarmed anti-Soviet resistance, participants in the 1941 June uprising and fighters of the Polish underground Armija Krajowa. Some of the murdered were charged with Nazi collaboration, participation in the Holocaust or crimes against the civilians. In 1944, 45 persons were murdered; in 1945 – 479; in 1946 – 185; and in 1947 – 58. The biggest number of the executions were carried out on 2 March 1945 (42 persons) and on March 21 (45 persons). They were people of various nationalities: Lithuanian, Russian, Polish, German, Belarusian, Latvian, Ukrainian and Jewish; there was also an Estonian, an Uzbek, a Tartar, an Ossetian, a Chuvash, an Armenian and an Udmurt.

The restoration of true historical facts became a matter of concern to the national revival that started in Lithuania in 1988. The documents and criminal proceedings in the former KGB archive were studied, witnesses’ remembrances gathered and search for the armed resistants’ graves started.

Early in 1994, the Department of State Security established that there was a mass grave of the 1944–1947 Soviet victims on the territory of the Culture and Sports House of the Ministry of Internal Affairs and the former manor in Tuskulėnai. Archaeological excavations and the exhumation of the remains started there the same year, and in 1994 and 1995, the remains of 706 murdered people were discovered. In 2003, the remains of other 18 people were found when the construction of a chapel-columbarium began. A total number of 45 mass graves with the remains of 724 people were uncovered during the archaeological excavations on the territory of the manor. Prof. Antanas Garmus, Habil. Dr. Vytautas Urbanavičius, Prof. Rimantas Jankauskas and Assoc. Prof. Dr. Arūnas Barkus supervised and carried out the investigation. The experts identified the remains of 66 people (data of 2015); among them were the remains of Bishop Vincentas Borisevičius, and of the post-war armed resistance leaders’ Jonas Semaška-“Liepa” and Leonas Taunys-“Kovas”.

After the completion of the archaeological research of the graves and anthropological studies of the remains, a chapel-columbarium was designed. It is in the form of a burial mound with a chapel inside. On 2 November 2004, the remains of the victims of Soviet terror discovered on the territory of the manor in Tuskulėnai were placed there. In 2009, the vault mosaic “Trinity” symbolising Fate, Happiness and Freedom by artist Gitenis Umbrasas adorned the cupola of the chapel-columbarium, while the shining crown by sculptor Gediminas Karalius sits on the top of the burial mound. 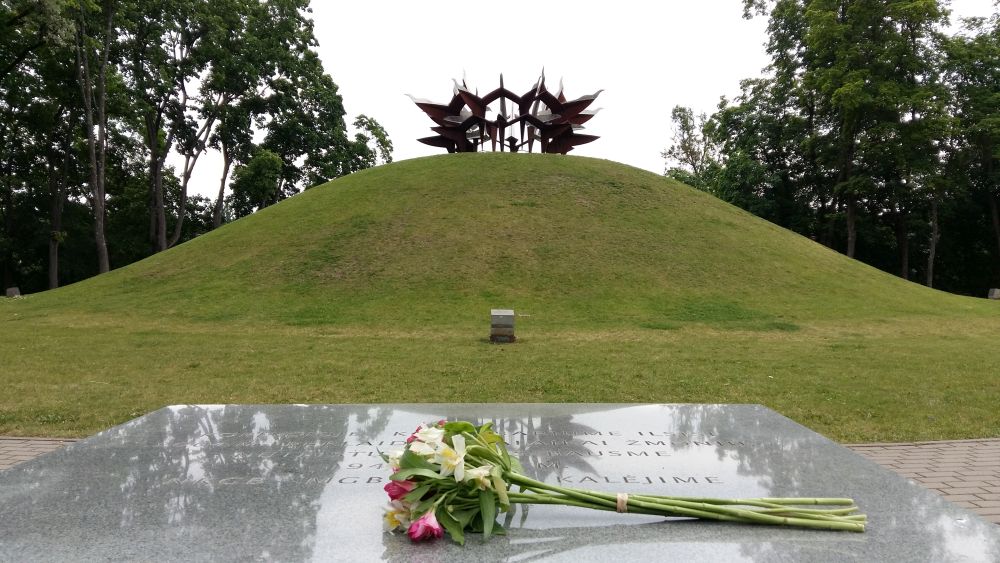 In 1994, the Security Department of the Republic of Lithuania established that people killed in the NKGB (MGB) prison between 1944 and 1947 were buried on the territory of the manor in Tuskulėnai in Vilnius; archaeological excavations started.

In 2000, the names of 195 armed resistance participants who were shot in the NKGB (MGB) prison were carved on the plinth of the former building of the KGB. An exposition was opened in the shooting chamber of the Museum of Occupations and Freedom Fights. On 19 June 2002, the Memorial Complex of Tuskulėnai Peace Park was established by Decree No 932 of the Government of the Republic of Lithuania. The complex consists of the chapel-columbarium, Tuskulėnai manor house and the officina, White Manor and the Chapel of St Theresa, the park and its approaches. In 2002, Severinas Vaitiekus’ monograph “Tuskulėnai: egzekucijų aukos ir budeliai (1944–1947)” (Tuskulėnai: The Execution Victims and Executioners (1944–1947)” was published. On 19 July 2006, the Seimas of the Republic of Lithuania added September 28 as Tuskulėnai Victims’ Memorial Day to the list of memorial days. In 2011, the museum exposition “The Secrets of Tuskulėnai Manor” was opened in the basement of White Manor.