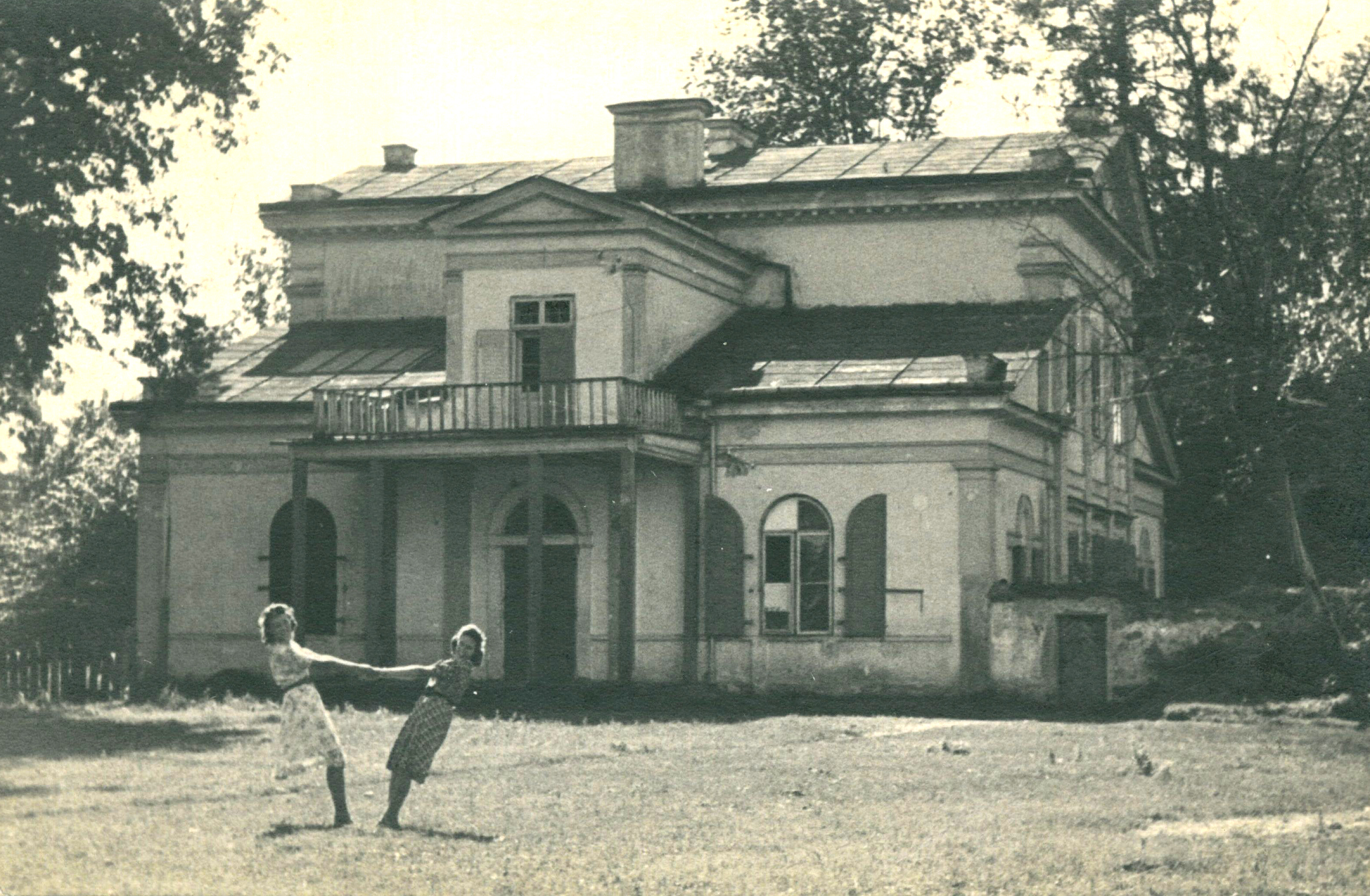 The surviving manor in Tuskulėnai, commissioned by Alexandr Rimsky-Korsakov, the Vilnius Governor General of the Russian Empire, was constructed around 1825. The building, designed by Karol Podczaszyński, is an example of a country residence in the style of late Classicism.

The manor, situated in Tuskulėnai on the right bank of the River Neris, has an original composition.

The building of a quadrangular plan has a mezzanine with adjacent premises in the garrets on its both sides. The facades are symmetrical, of moderate forms, with decorative architectural details.

The central pediments of the eastern manor façade, facing the River Neris, were decorated with floral mouldings, while the roof was adorned by the sculptures of antique mythological goddesses – Diana, Juno and Venus. The walls and ceilings of the grand halls were richly decorated with Classicism-style paintings; the floor was covered with panel parquet. After WWII the manor was under the jurisdiction of the Soviet repressive agencies. The building lost its original look without proper maintenance. 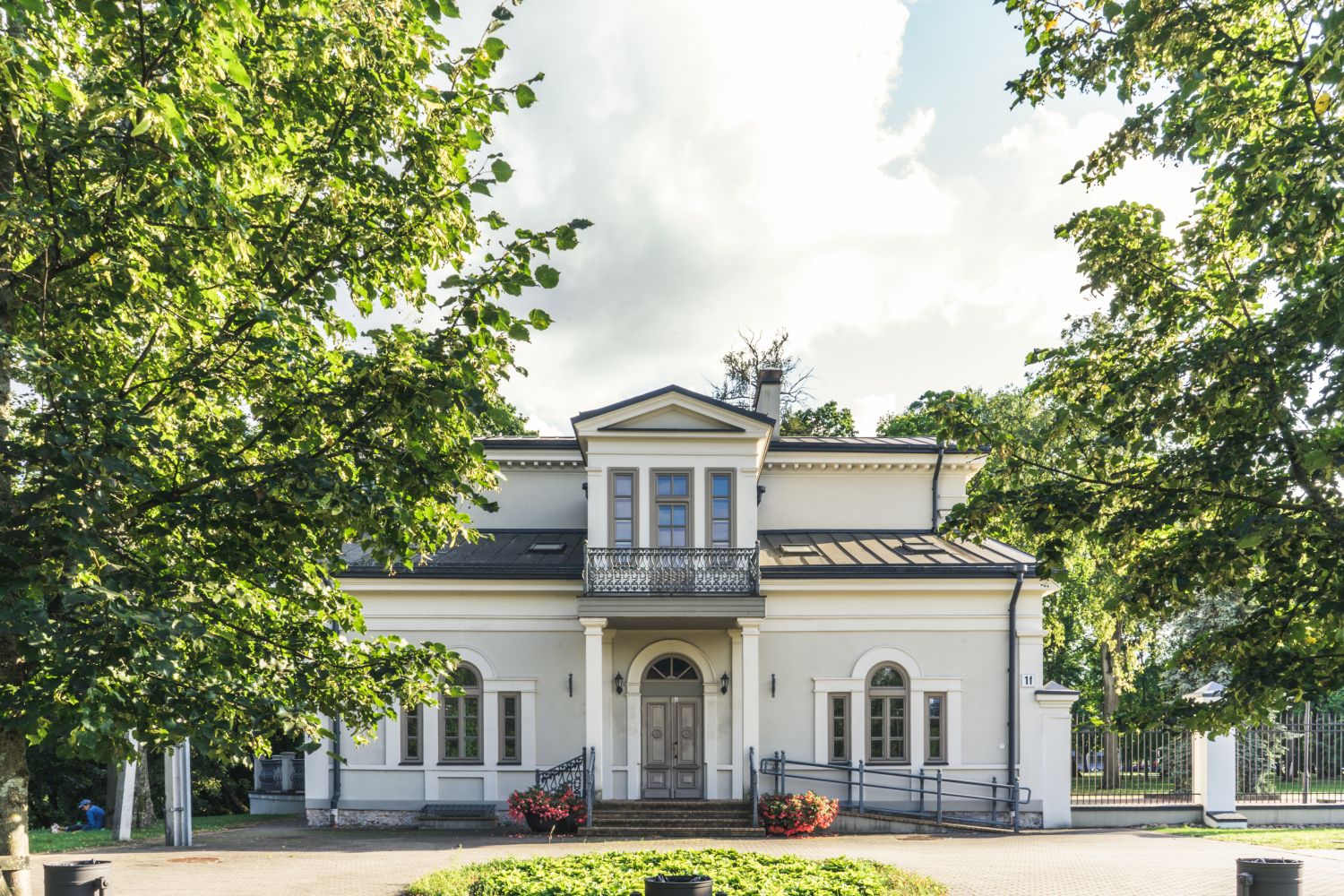 Between 2005 and 2008 based on historic, iconographic and architectural studies, the manor was restored: the constructions were reinforced, the structure of the original plan was recreated, the mural and plafond paintings of the late Classicism period were uncovered and restored; floral mouldings and the sculptures of antique goddesses once again adorned the eastern pediment.

At present the manor hosts exposition “Project – Homo Sovieticus” that discloses the efforts and measures, taken by the Soviet totalitarian regime to create a new social, cultural and political environment.

Educational civic and national training programme “Open History” is implemented in the Event Hall and Educational Room on the second floor of the manor. 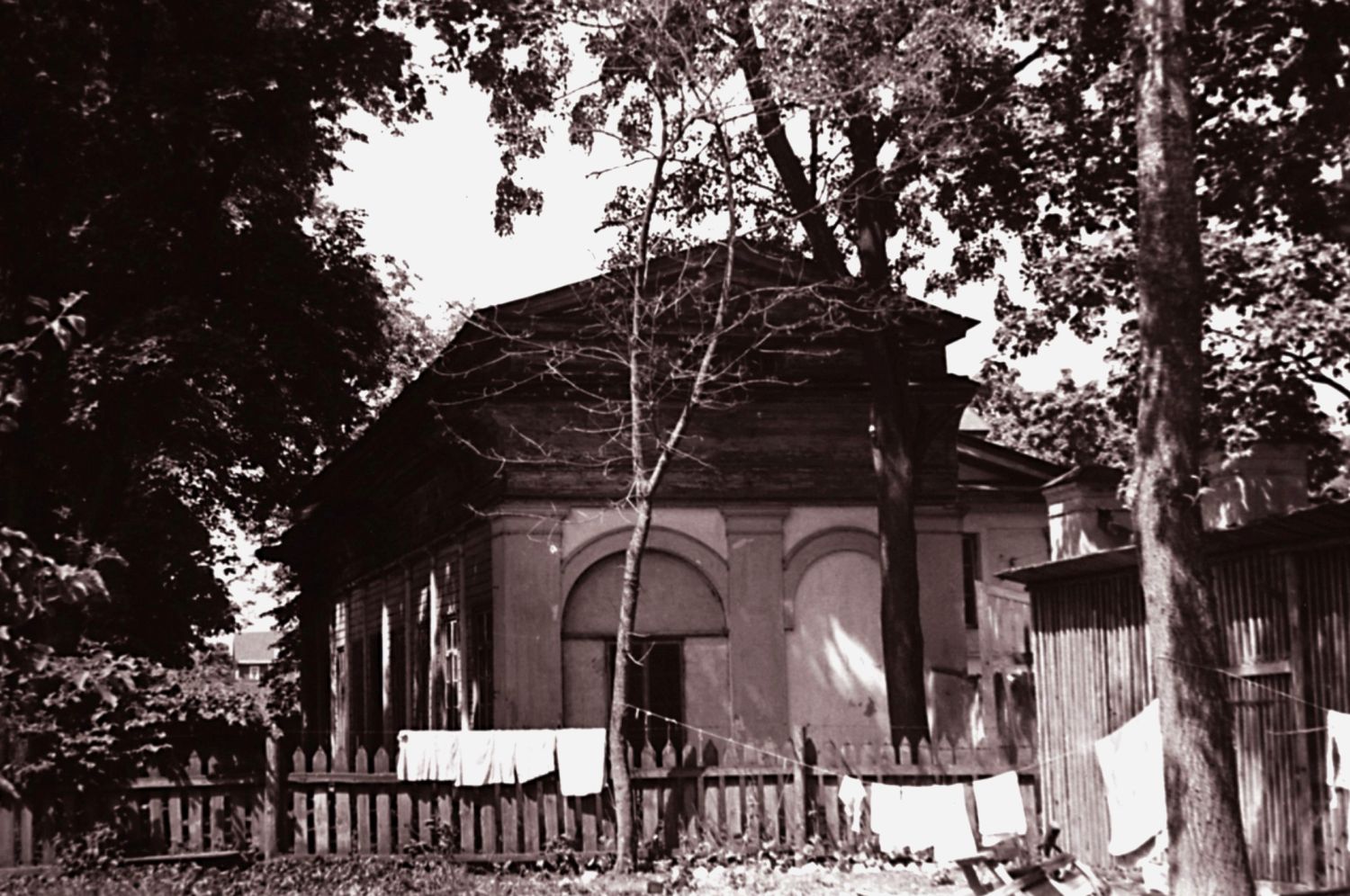 Officina of the manor

The building consists of two separate and distincly standing out parts. The older part – the officina (servants’ living quarters) – is brick construction, built in the late Classicism architectural style by architect Karol Podczaszyński. It is decorated with the same elements as the manor.

The architecture of the wooden wing, which was built at the end of the 19th century, stands out by the complex cornices, round half-columns and high windows between them. The wide gateways at the ends of the building suggest that there might have been a coach-house or a stable. 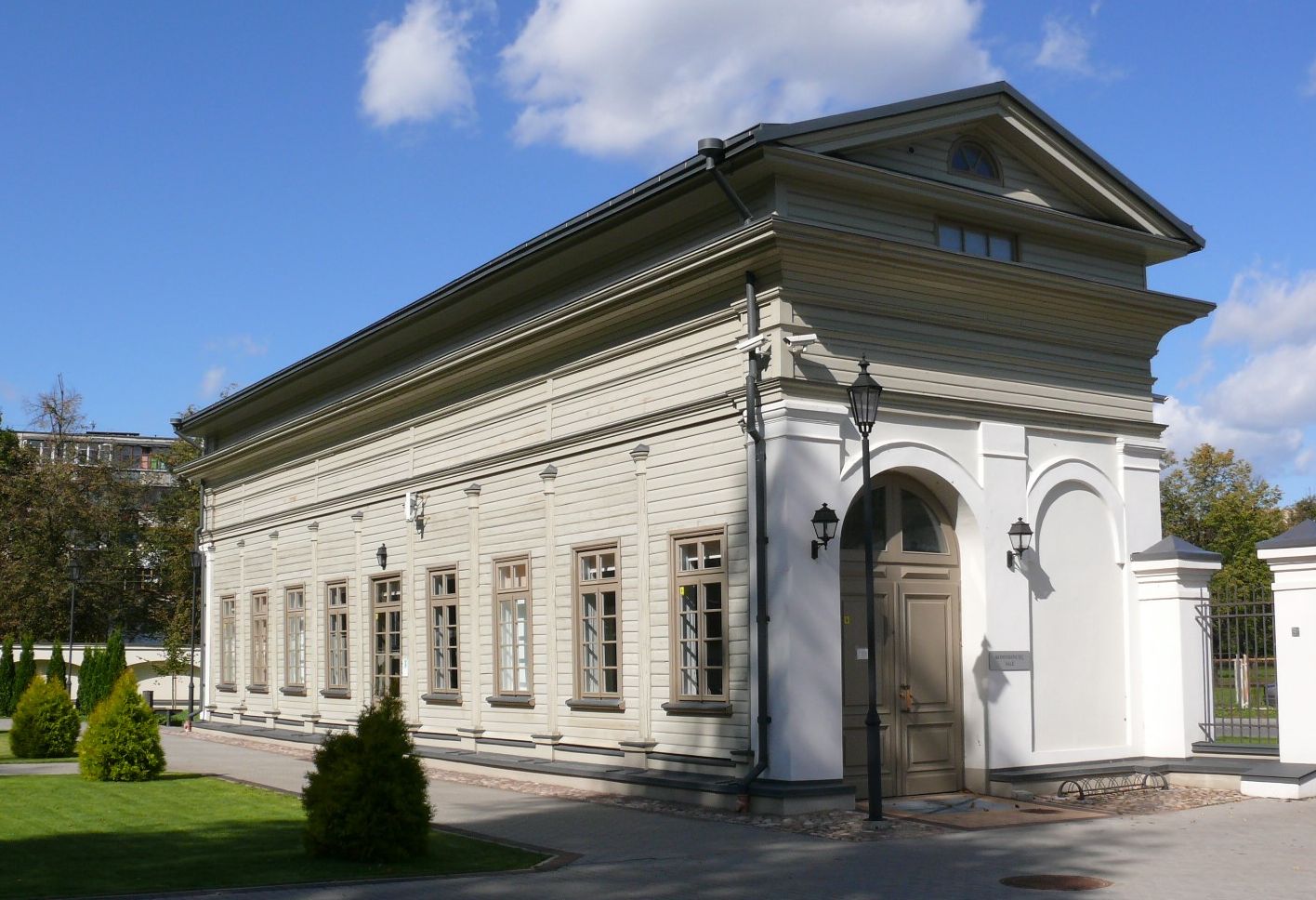 In 1940 the officina and the manor were nationalised and in 1944 it housed the offices of Soviet repressive agencies. Later on, the spacious premises were divided into small rooms. Numerous adjacent outbuildings obscured the original structure.

Between 2005 and 2008 the officina was reconstructed to its original plan as well as the facades and their architectural details were restored.

At present the building houses the administration of the Memorial Complex of Tuskulėnai Peace Park. Thematic events, ceremonies, conferences, seminars and expositions are held at the Conference Hall as well as documentaries and feature films are viewed there to immortalise the most important historical events and persons.